Using stroboscopic light and sound to keep your brain clean

Age related brain decline conditions such as dementia and Alzheimer’s are on the increase. Not just because we put more strain on ourselves and our mind/body system.., but because on average we are living longer as science develops ways to extend our physical life.

What is the worth of a longer physical life though if mentally you decline to the point of having a low quality of life potentially not worth living?

It makes sense then, that the study of mental illnesses is also on the rise.

One of these area’s of focus is the age related build up of various proteins in the brain that can lead to a brain that starts to lose function. Science has proven that an older brain can produce new brain cells just as well as a younger brain. The difference comes down in many cases to whether that natural ability is allowed to do it’s job in an unimpeded way.

The build up of plaques and toxins in the brain can stop this process from occurring as it should. Dementia and Alzheimer’s are two of the most widely studied of the age related challenges of the brain.

What happens when a neuroscientist discovers that people with Alzheimer’s have a lack of Gamma brain waves in their brain compared to younger unaffected people.

If something is lacking then you add more right?

In March of 2015.., that is exactly what Li-Huei Tsai of MIT in Cambridge did.

Using Alzheimer’s suffering mice, she bathed them in 40Hz flickering light for a hour a day and compared the amyloid beta plaque forming proteins in their brains compared to control mice in a non flickering environment. These plaques are widely considered to be a cause of the age related disease.

To her disbelief, the mice receiving the 40hz ‘treatment’ had significantly reduced plaque in the brain.

Since that day, scientists have been conducting more trials including human ones to see if this light therapy combined with sound pulses could be an effective non invasive treatment for Alzheimer’s.

How does 40Hz help with Alzheimer’s

Researchers now have an idea as to what is happening.

It appears that the 40Hz flicker encourages the release of cytokines (a peptide protein capable of affecting other cells) that stimulate microglia. Microglia reduces neuro-inflammation and stimulates the brains ‘immune’ and detox system.

Basically.., this 40Hz flicker (which has been shown to be enhanced by adding a 40Hz auditory tone to it) acts as a trigger to clean out the junk in your brain.

And some of that junk are these amyloid beta plaques (outside the cells) and Tau proteins (inside the cells) suspected of causing mental decline and Alzheimer’s.

It seems it may be possible to actually clean the brain of plaques and toxins with light and sound.

Research is ongoing but the prospect of a way to treat this debilitating disease easily and with no drugs required is exciting to say the least.

In the current studies it took about 15 minutes to see the effect begin and potentially up to an hour for the full effect to be observed, but more testing is needed.

Interesting to note was that the researchers noticed the opposite effect when using 20Hz as a control frequency instead of 40Hz. IE: Cytokines were suppressed at this frequency. Rather than this being a bad thing though, researchers find this just as exciting as there are times when suppressing the immune response would be beneficial for mental disorders. 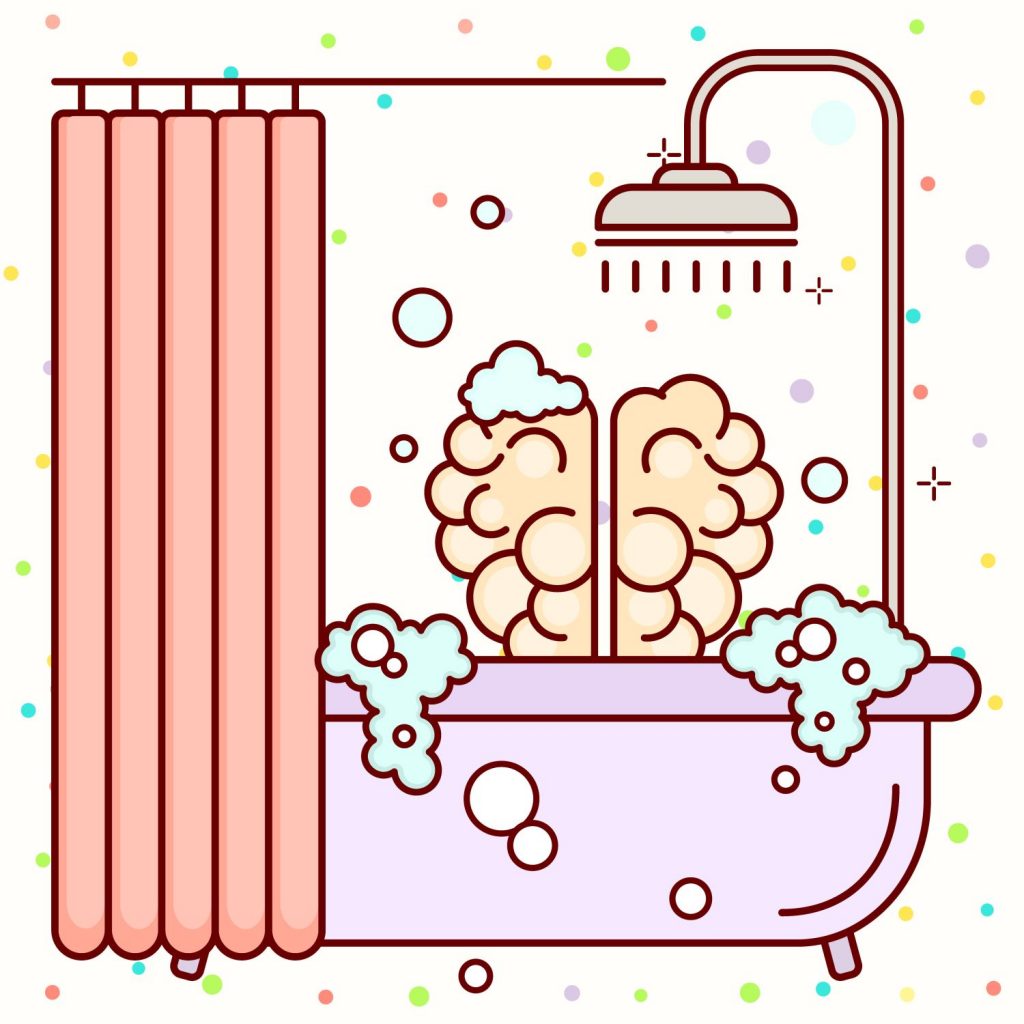 What’s so special about 40Hz and Gamma

Gamma waves are a rhythmic almost dance like brain wave pattern that has it’s most common studied frequency at around 40Hz.

Depending on the source of reference, they fall between about 38Hz (Hertz – cycles per second) and above. They have been harder to measure until recent advances in EEG equipment have filtered out unwanted ‘noise’ from muscle movement and electrical equipment. Gamma waves are one of the highest electrochemical brain rhythms we experience.

How do you experience Gamma brain waves.

There are a few ways of experiencing Gamma brainwaves both naturally and by design.

Obviously there are times when you will naturally experience these brain oscillations like when in a trance state. And they often work in combination with lower Theta waves while sleeping and encoding experiences into long term memory.

Other ways (although a bit more hit and miss) include breathwork and meditation where the focus is on increased awareness along with a release of tension and distraction.

Or there are non invasive technology devices that stimulate and entrain your brains dominant frequency in much the same way as with the mice in the original experiment.

Examples include tMS (transcranial magnetic stimulation) and auditory tones or visual light machines. An example of such a device is the roXiva RX1 that does a combination of light and sound stimulation in synchrony.

It’s not just Gamma wave stimulation that has been found to positively effect our brain health. Other articles on this website cover frequencies that increase cerebral/brain blood flow and frequencies that stimulate increased cerebrospinal fluid movement and boost immunity.

On that subject.., one of the best ways to ensure maximal brain health is by getting enough deep restorative sleep. During the non REM slow wave phases of sleep in particular our brain relaxes physically and allows for the removal of unwanted toxins and chemicals.

Boost your immunity and supercharge your sleep >>

I for one, like the idea of drug free ways to improve health so this research is well worth pursuing.

What is audio visual brainwave entrainment >>