The art of being Sc-human-n

There’s more and more talk these days about how we are killing our planet. The reality however is that planet Earth isn’t in danger.., but we potentially are!

Planet Earth will be around a lot longer than we will be able to live on it whether we stop polluting it or not.

It’s more accurate to think in terms of how we may be contributing to making, or accelerating the planet becoming ‘sick’.

And science has proven that without our symbiotic (used loosely) connection to Earth, we start to get sick too.

Some of that is obvious like toxins in the air, water and food. Other forms of pollution like Electro Magnetic Frequencies (EMF) imbalances are less obvious. 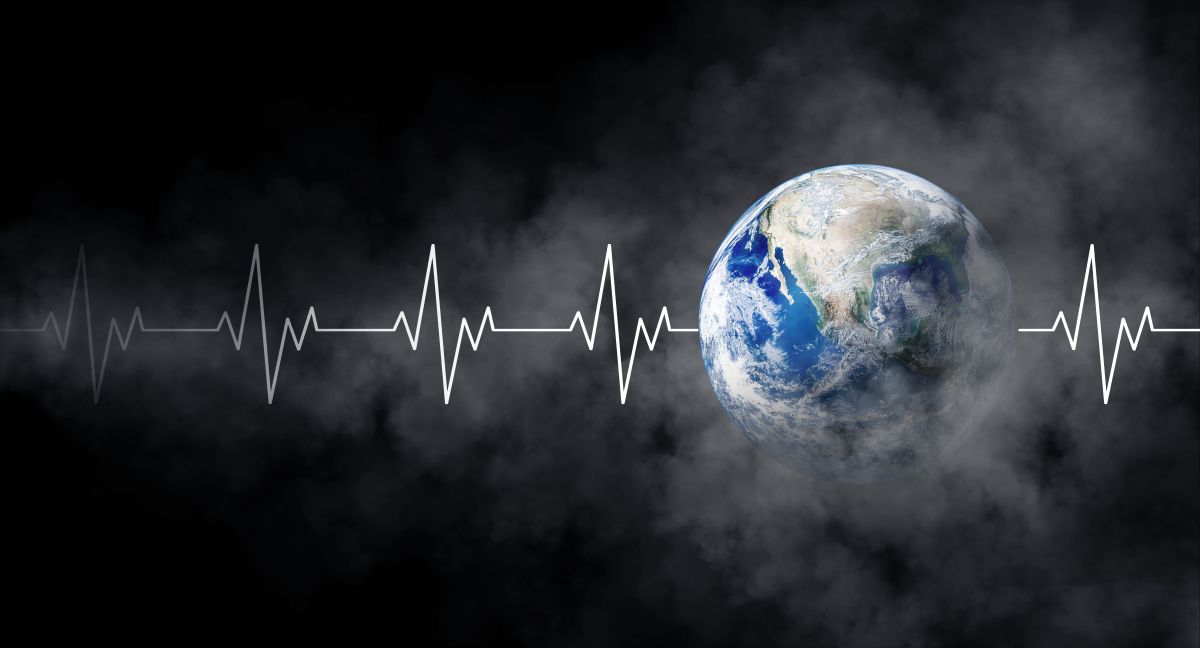 Less obvious also due to a lack of long term studies, and potential vested interests of the people sponsoring the studies, is how we are effected by this electro magnetic soup that we live in.

The earth has it’s own natural frequencies too. Some of which are not just beneficial but closely matched to our own resonant frequencies.

And one of those that is worth discussion is what is called the Schumann resonance or Earth frequency. Sometimes referred to as the Earths heartbeat or pulse.

The Schumann resonances are a set of frequency peaks in the Extremely Low Frequency (ELF for short, haha) portion of the Earth’s electromagnetic field. They are worldwide electromagnetic resonances, generated and excited by lightning discharges in the space between the Earth’s surface and the ionosphere.

Frequency is measured in Hertz (Hz) or cycles per second.

And although there are variations in the frequency of Schumann.., 7.83 Hz is the peak. And there are to a lesser degree approximate multiples of that frequency both higher and even sometimes lower. These multiples are close to what would be called harmonics although the atmospheric changes make predicting them less obvious. And these are usually less than the predictable harmonics of 2 times or 3 times the original fundamental frequency.

Some people even speculate that being in harmony with the Schumann resonance is like having an open communication channel between our brain and the Earth. And this frequency (which sits on the edge of Theta and Alpha) is often given credit for the state people go into when they exhibit psychic phenomena and healing.

How does the Earths frequency effect us

If we are out of sync with the Earth’s frequency we can begin to feel discomfort in the form of anxiety, insomnia, illness and suppressed immunity. Feeling ‘grounded’ is something we cherish and without this exposure to the Earths ‘pulse’ this is often lacking. This cause effect is not so easy to prove as to isolate someone from the Earths influence is obviously not easy. There is enough evidence however to show that introducing the Schumann resonance into an isolated environment can reverse the negative effects of that isolated environment. And there is also growing evidence that our saturation of the environment with frequencies outside of these natural ones may be causing us harm.

And beyond that, the personal experience of many people ‘supplementing’ this frequency shows enhanced relaxation, clarity and feelings of wellbeing. Some of this is of course due to the frequency of 7.83Hz being in the Theta range of brain activity. This range being correlated strongly with trance, meditation and improved mental functioning like memory coding.

Studies show that photic/light stimulation like what stroboscopic light machines produce, can increase cerebral (brain) blood flow. And guess what frequency of stimulation has the maximum effect on increasing brain blood flow?

Actually the testers used 7.80Hz and I wonder why they chose to use that when every other frequency they tested was a whole number. Maybe they suspected what they would find. Increased cerebral blood flow brings with it it’s own benefits and the fact that it peaks at 7.83Hz hints at how connected we are to the Earths ‘pulse’.

The biofeedback loop between the brain and Schumann resonances >> 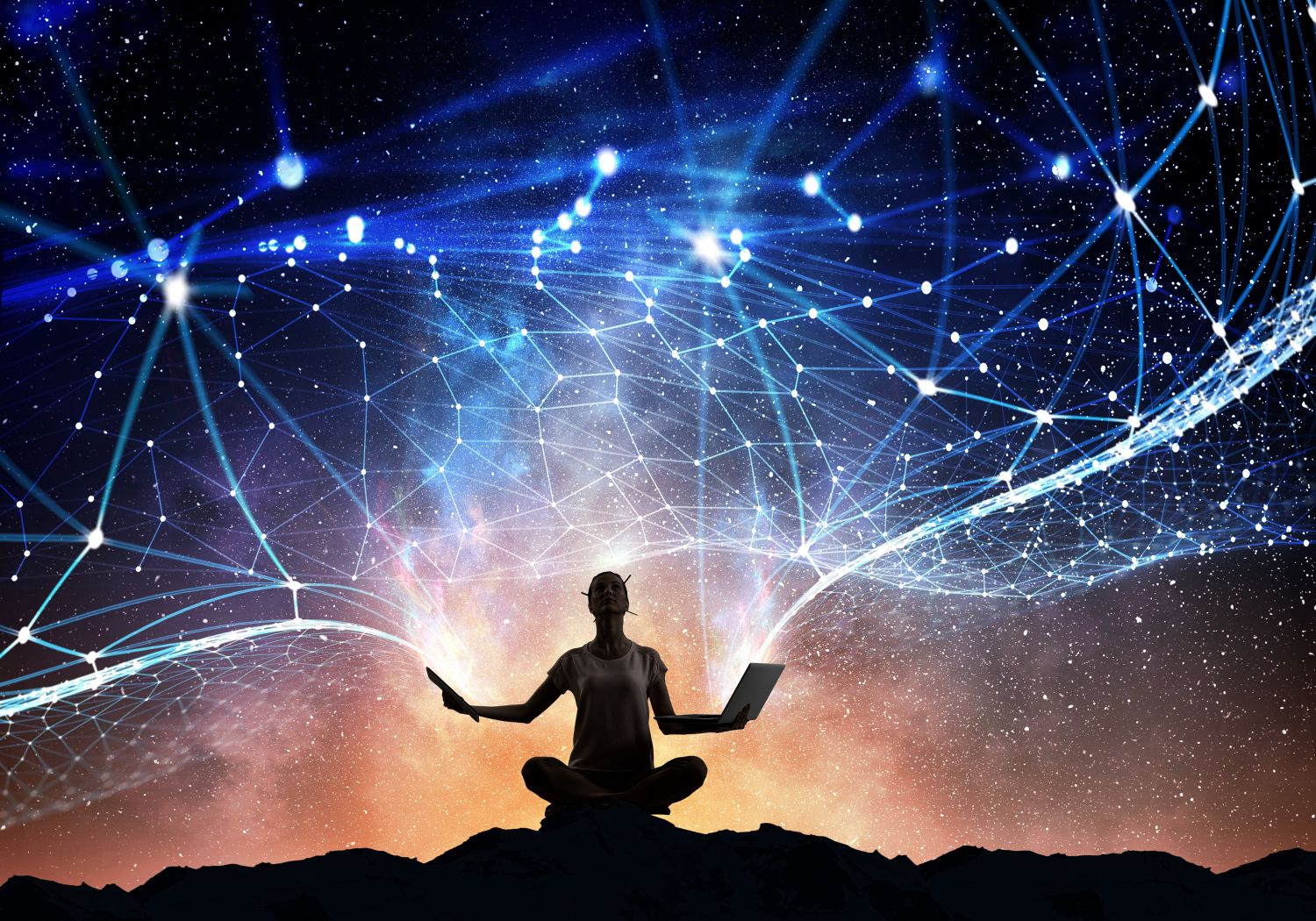 Supplementing the Schumann resonance to protect against EMF pollution

One of the more interesting research studies done with Schumann frequencies was on a group of people with Chronic fatigue. The researchers postulated that there was a correlation between EMF pollution and the symptoms of chronic fatigue. Those being included in the study were tested for overall well-being, pain, fatigue, brain fog, cognitive impact, physical impact, Romberg test (balance), and tandem walking.

After the 12 week protocol was followed the improvements were signifiant in all areas and of the study group, the 4 who had been unable to work, now had part time employment.

The brain matches the Earths frequency easier than other frequencies

Early Russian astronauts are reported to have lost about 80% of their bone density and developed ‘space sickness’ while in space. The introduction of a Schumann resonance generator on space flights formed part of the solution to overcome this challenge. Interestingly studies with electromagnetic fields have since shown promise with bone density with people prone to osteoporosis as well.

In the studies done on brain activity in response to external stimulation.., the 7.83Hz frequency has been found to be easily entrained to even with a relatively weak signal. And it seems again no coincidence that the Schumann resonance frequencies all fall within the frequency range most seen in our brains (up to 45Hz approximately).

It is reasonable to assume that these Schumann resonances have been part of our and all life’s evolution since there was a planet and ionosphere with these electric discharges. Geomagnetic storms have been found to effect the heart rhythms of rabbits for example. So it is also reasonable to assume our connection to the Earth through time has shaped us physically and mentally also.

Studies with our furry little rodent friends even show a type of cardio-protective effect from being exposed to artificial forms of the Schumann frequency.

Cardioprotection from stress from Schumann resonances >>

Increasing your time synchronised to the Earth

So how do we get ourselves to experience this synchronisation with the Earth more often?

There are two overall ways of doing this. One is by means of training yourself to get there intuitively and the other is by purposeful use of external generators of the frequency.

Intuitive exposure to the Schumann resonance relies on getting yourself close and letting nature and habit take you the rest of the way.

So for example meditation, shamanic drumming and chanting and even time in nature in it’s raw form will often get you into that border range of frequencies of Theta and Alpha. And being as the brain is so connected to the Earth and it’s dominant frequency of 7.83 Hz, habitual synchronisation will take care of the rest.

External sources of Schumann generation include low power magnetic energy, electrical currents, auditory sounds and stroboscopic light machines. And if you struggle to get any benefit from relaxation techniques or to relax enough to get into meditative states then I highly suggest light technology in particular as being more effective than most at altering brain activity.

One example of this type of mind machine or light machine is the one featured on this website.., the roXiva RX1.

This uses both light and sound to take you into altered states of mind including this Schumann resonance frequency.

This works by way of an effect called the frequency following response. An effect where the brain synchronises to the rhythm of the light and sound to match the frequencies. Not only useful for relaxation but you can go the other way too.., up into higher awareness and psychedelic effects.

The session called ‘Super Schumann’ uses light pulses at both 7.83Hz and a higher harmonic that amplifies the effect.., plus sub-audible sound matched to the same for a fully immersive experience. All this while background sounds of nature help you drift off into a deep trance like state.

Well worth experiencing if you get the chance.

Why not take this opportunity to commit to getting out in nature more often just because you can. It’s easy to forget and dismiss what we have outside our self and sometimes government imposed walls. And there is as much proof of health benefit to getting outside often as any other practice or ‘technique’. My own health took the next step up massively the day I decided to walk over an hour every morning before most people are even awake. And it’s now a habit.

May you gain mastery in the art of being Sc-human-n.

Trance at the push of a button >>>

Clean your brain with light and sound >>>