Ganzfeld hallucinations – the mind makes something out of nothing 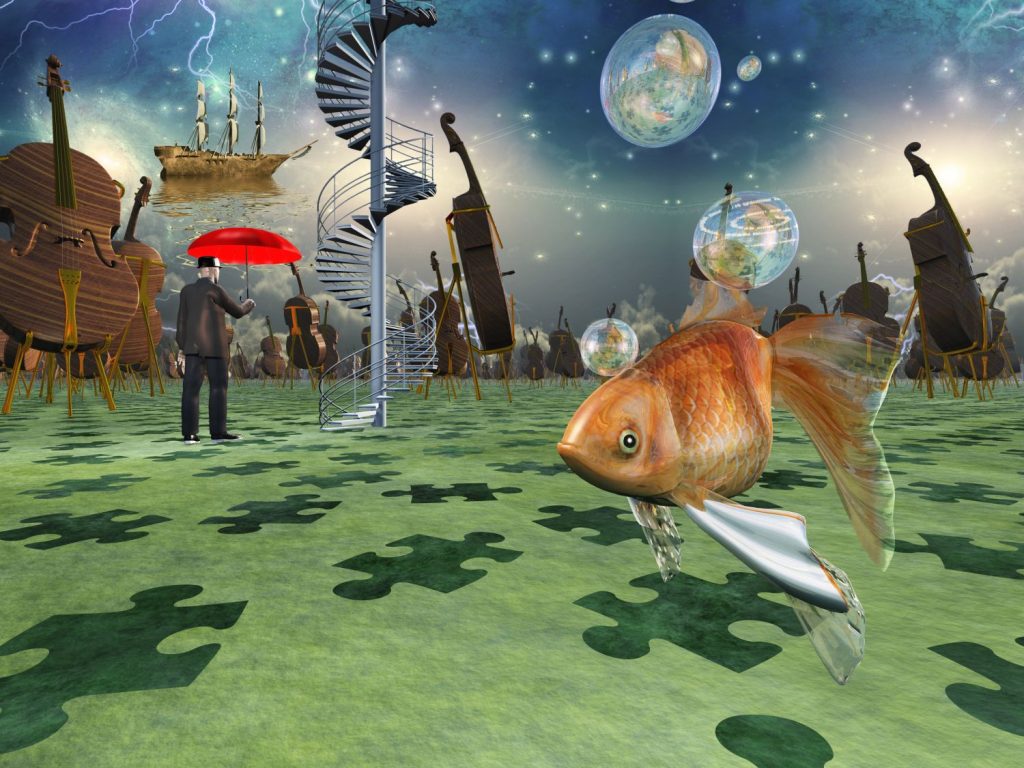 If you experience hallucinations often and they disturb you then please see your doctor.

Hallucinations in darkness are nothing new. It has been experienced by people in self isolation on purpose or isolation due to punishment.

And it doesn’t just happen in darkness. Mind made hallucinations are actually quite common.

Ganzfeld hallucinations are what happen in the brain in response to either no stimulation, or consistent stimulation. IE: Either no sensory stimulation at all.., or an unchanging stimulation that is so consistent that there is unbroken uniformity. The visual (sight) and auditory (sound) systems get made sense of in the brain, by noticing difference. Although this is a simplistic statement that doesn’t fully explain our brain.

So when the brain is presented with information like total darkness and total silence.., it tries to fill in the blanks by creating it’s own reality. The same happens with a consistent uniform field of light and sound. The brain doesn’t quite know what to make of it. The result, is what is called the Ganzfeld effect and the experience is one of hallucinations.

This made up reality brings with it image and sound hallucinations of dream like quality. These Images and sounds are ones we have experienced in the past. Either in real terms or in dreams themselves. In some cases this can happen for a long time. The results can be so real that a type of psychosis occurs in the person experiencing it. This is rare and usually only the result of unnatural time periods of sensory isolation.

Ganzfeld induced and other hallucinations are common

Like anything, what is normal in small amounts can be potentially problematic in large amounts. Seeing or hearing things is not unusual though.., we all hallucinate from time to time.

Some obvious reasons for hallucinating like recreational drugs or medication are common. As are the hallucinations caused by the hypnagogic effect of the transition from awake to asleep. Problems with vision particularly as we get older can also be the cause.

Sometimes though, we are just in a type of trance state and temporarily experience them.

We can hallucinate something there that isn’t.., and we can sometimes even negatively hallucinate something not there when it is. An example of this is when you are looking for your car keys and can’t find them anywhere. Only to then have someone else go straight to where you have already looked and pick them up. You could have sworn they weren’t there.

What happens in the brain when we have Ganzfeld hallucinations

What we are really talking about with Ganzfeld hallucinations is not so much sensory deprivation but perceptual deprivation. This means that with the absence of something to perceive, the brain searches for something. And when it can’t find anything, it will make something up to fill a void in awareness and perception.

This is similar although not the same as the hypnagogic effect. Although hypnagogia occurs at the transition point between awake and asleep. And Ganzfeld hallucinations happen with your brain in an activated state with associated shifts in attention.

So if Ganzfeld effect hallucinations are the result of perceptual deprivation or overload.., then what is happening in the brain?

The brain amplifies the senses to look for meaning

Ours brains are clever. And when the brain is presented with a lack of sensory information, it amplifies the senses to look for information and meaning. Eventually that amplification gets so strong that the neural ‘noise’ itself becomes confused with external information. This results in meanings made from images and sounds that are constructed to make sense of your experience.

Sometimes this effect can even happen as a result of neural adaption when staring at an unchanging scene. For example a reflection of yourself in the mirror, or staring into another persons eyes.

People in studies where the task is to look into each others eyes for 10 minutes have reported strange visions for this reason. You aren’t just looking into someone’s soul.., there is science to it as well.

Science behind the Ganzfeld effect >> 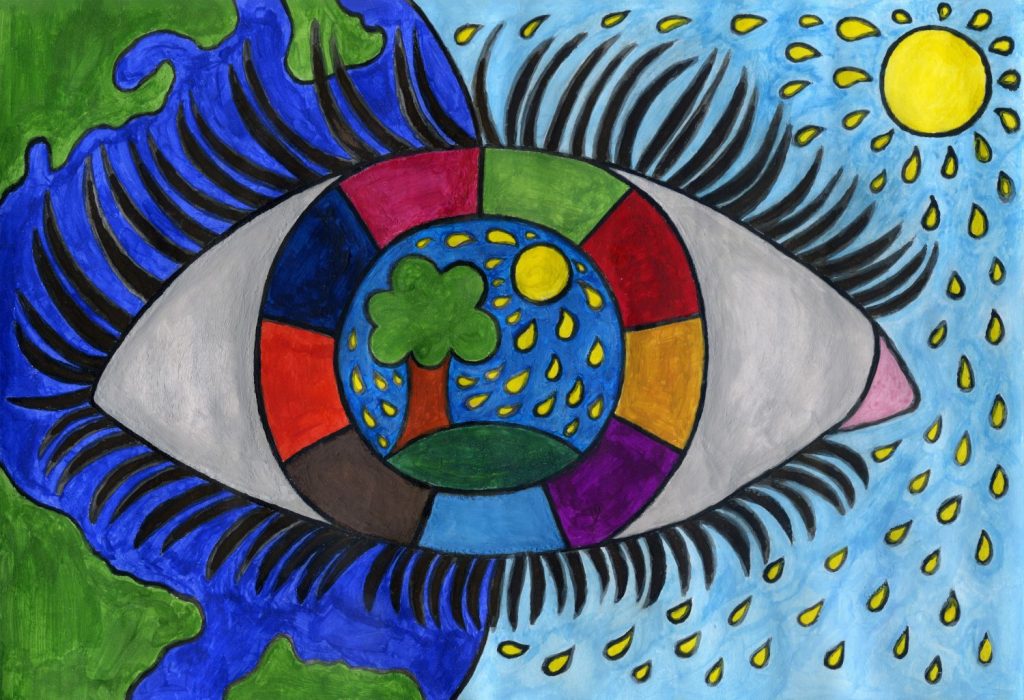 Creating your own Ganzfeld hallucination experiment

The key to creating an experience of this hallucination effect is to make an environment of unstructured consistent sensory input.

Total darkness and silence will do it but just as effective is actually the opposite.

One of the most common ways is to use a mask with bright light and wear headphones that are playing a non structured sound like white noise. White noise is basically like listening to a waterfall or hiss on a radio between stations.

Using either two halves of a white table tennis ball or white paper and cotton wool, you can make your own mask. You can then lie under a bright light, and combine that with headphones that are playing white or pink noise (easily found on youtube). It may take a while for some people to get these ganzfeld hallucination experiences. But almost everyone will experience some unusual results from the altered state produced by doing this.

Create your own Ganzfeld hallucinations >>

Combining both light and sound in this way is more effective than one or the other alone so have a play with it.

Another option although harder to create yourself is an Anechoic chamber. This is a specially designed room that is isolated from light, sound and electromagnetic waves. Such a room has sound absorbing baffles inside it. This creates an almost negative sound environment, so much so that you may not even hear yourself breathe or speak.

It seems only natural that people seek experiences of withdrawal from the overstimulation of our current world. And that is one reason why idea’s like this and technologies like audio visual entrainment and brainwave entrainment are popular.

With little more than a push of a button on the RoXiva RX1 shown on this site, you can enter a world of dreams and relaxation. In this world, positive hallucinations become a journey of self discovery.

Hypnagogia and the hypnagogic light experience >>